I enjoyed my first trip to Ft. Myers…I can totally see myself returning to the area for a little vacation. Won’t be going to this park again as the Sox broke ground for a new stadium (that is way out in the middle of nowhere near the airport; but I imagine it will be teeming with commercial activity when it is finished…unlike the area around the current park). 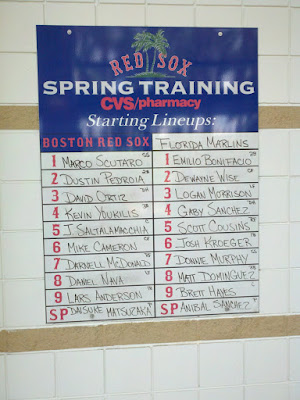 We got there early (figuring we would walk around before going in), and discovered quickly that there is nothing to do within walking distance of City of Palms park. I suspect if I wanted to buy some crack I could have done that in some of the neighborhoods nearby, but I digress.

We parked, and the lot was full of scalpers from Boston. I think I even recognized a couple of them. I traded in our lawfully purchased bleacher seats for a pair of seats 6 rows off the field. Nice view; shade probably would have been better. When we discovered there was nothing else to do, we went in the park early. Caught a glimpse of Pedroia signing some autographs, had a ‘Gansett in the concourse…but the game was pretty forgettable.

Ft. Myers isn’t a terrible little getaway spot, though. I could see the family spending a week there on Sanibel Island some future February/March. 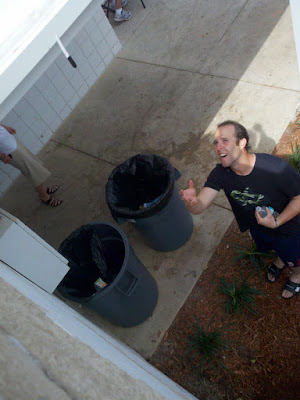 I get to see my first baseball game of 2011 this coming Saturday. Never been to Spring Training before; hell, I’ve never really been anywhere in Florida besides Tampa and Orlando before. Looking forward to the trip; I will be sure to post some pictures up here for you all.